The people left their land & began a journey that would populate the world.

Africa is where the human race as we know it first existed. The separate “races” all began as people with dark skin. It’s a scientific fact.

The great human migration populated the world. Our ancestors’ courage was remarkable, the journeys long and challenging. Their travels brought them to strange and unexplored lands far different than their own.

Different seasonal weather. Different agricultural climates. Unfamiliar natural resources. Some put down roots, made new homes. The body began to adapt to the conditions of their new environment.

Pigmentation evolved to control exposure to ultraviolet radiation.  Areas with higher amounts of UVR (near the equator) have darker-skinned populations. The farther away from the tropics, lower UVR results in lighter skin.

Over the course of 50,000 years, some people changed from dark-skinned to light-skinned based on the amount of UVR in their climate.

What started as one human race, became a species defined by differences in color.

How many people are there? 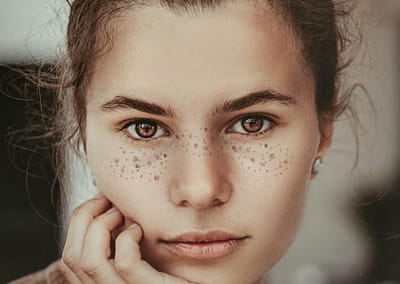 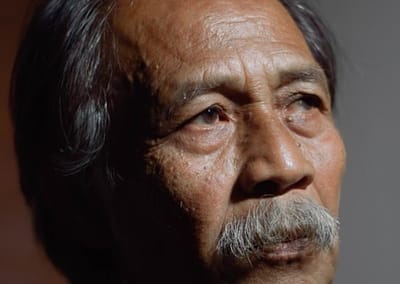 Basic Black is the elearning academy at The Orisha Project. We are designing the classroom for modern comprehension. Courses are available in video and audio, all with text transcripts. Some courses will be interactive, others narrated.

There is little need for rote memorization in learning now. Everything from facts to formulas can be found online. The brain’s capacity to remember information is limited. Our courses follow Cognitive Load Theory which supports the brain’s structure and schema for retaining information.

We prioritize the processing of information. The need for assessment and critical thinking. Our goal is to provoke thought, discussion, dissent, advocacy and investigation in the real world. It’s our hope students find a purpose and a call-to-action in their own communities.

Each course is delivered in a series of sprints. Sprints consist of 5 to 6 self-paced modules, each about 20 to 30 minutes long. Each module ends with an assignment. Each sprint closes with a test. Homework is not mandated but strongly encouraged.  Certificates will be provided for those who complete all the quizzes and assignments.

Qualified people with expertise in a specific field or arena. A standard course outline will be provided and needs to be followed.

This is not a Ted Talk or a Master Class. It is a classroom. We must stay focused on what the student came to learn. A teacher who can create purpose for their classroom is held in the highest regard.

Before February series looks at history of people in Africa, the culture, language, arts, science and spirituality.

Future Past series looks at ancient discoveries with the fresh eyes of modern science.

Modern History series chronicles life experiences of black people in the past 200 years.

True Dat is an advocacy platform that brings forward fresh ideas in leadership, the arts, income inequality and social justice.

We plan to offer a one-off, pay per course plan, as well as a subscription model.

Some sprints will build upon each other and have prerequisites. The pay per course plan can be bundled for those sprints.

The subscription model will be tiered. All courses in one area of study, all access to all course or a set number of courses.

We plan to donate 10% of net revenue for a course the charitable or civic group chosen by the presenter.

Bones of the Mother Gaming

Bones of the Mother is an online multiplayer game, playable on all devices. Players complete quests and travel through time to experience real life events.

A game of heritage & history, with battles, builders, magicks and travels through time.  The journey begins in ancient Africa with a quest to find the lineage of the One Mother. Without the Mother’s line, travel through time turns all to dust.

Ancient scripts lead to portals that open in different eras on different continents. From the Roman attack on Kush in 23 BC  to the Great Exodus of 1880 to the struggle of The Little Rock Nine in 1960.

Bones of the Mother is a action RPG featuring 2D graphics. The game has progressive levels and will include 50 destinations for time travel. The types of experiences will vary – from driving while black to the underground railroad. Players risk their lives at each passing. Multiple scenarios with no predetermined outcome will build user with retention.

Users chose their player then pick from a group of different avatars. Each role has unique powers and strategically it’s best to form a community. As players migrate out of Africa and through time, they see changes in skin color, sometimes flipping the premise of the role.

Makers: We are the builders of great cities and the creators of written word. We alone can read the ancient scripts.

Seekers: we are the practitioners of the ancient ways, infused with the power of the Mother. We are the shamans, the witches and goddesses.

The game combines factual historical events with some fantasy twists and turns. Deception abounds and monsters attack from the outside and in. Maps are cursed and signposts illegible. When players travel through time, their portal doesn’t always reappear.

Black magic can change the course of a journey. A player who steps away from their community can be trapped between timelines in a dark dimension. Others are sent back in time to the supercontinent Pangea. If the continent splits before they escape, they end up cut off from home.

The game is free. The monetization comes from advertisements and in-app purchases. The goal of the game is to share an experience. There will be limitations of what money can buy.

Players can buy tools, weapons and spells. Clues for quests are also available for purchase, as well as armor and gold. The options available change to be relevant in the player’s current timeline, i.e. chariot becomes a tank or a car.

Prices increase for more expansive powers, such as buying  warriors for an army or creating an instant portal. Users have limited access to purchase abilities their player doesn’t normally have – to read ancient alphabets, transform weapons from ancient to modern, manifest transportation, and add lives.

Our plan is produce a mobile app for proof of concept.

We need to talk about being white.

It’s hard, isn’t it? I know. We aren’t sure what to say or do about the things happening to black Americans.

Not as hard as  a knee on my neck, I remind myself. Not as hard as being killed for sleeping in my own bed. Or watching my dad be shot 7 times in the back. Not like being denied apartments, mortgages, or jobs.  To get pulled over because I’m driving too nice a car.

It’s horrible.  I wouldn’t want anyone to think because I’m white, that I’m…you know.

I don’t like how it feels.  I won’t admit to the time I crossed the street to avoid some whooping black kids with a basketball.  I pretend I don’t remember why.

I wouldn’t want anyone to think…Because I’m not. I’m not. I just don’t know what I’m supposed to say.

Maybe what I need to do is listen. To sit and listen. To take the hit if I say the wrong thing when I didn’t mean to. To listen and be uncomfortable, to be defensive, to get annoyed, to want to push back.

To get angry for being falsely accused because of the color of my skin.

One human race, one people

We welcome writers, authors, leaders and people who believe in what we’re doing. This is collaborative project working in a respectful environment. It’s a chance to learn. To be part of something important.

The human race has a shared ancestry. But not shared equality.

We are a small startup organization in Fayetteville, N. C. Our mission is to establish a common good by exposing humanity's common ancestry in Africa. We use education and experience to promote understanding in the hope of equality among all people.

Experience: Bones of the Mother